Summary: Castiel’s true mate, Michael, has been on the run from the law for the last couple of years. He didn’t treat Castiel well, even when they had been together, so Castiel is relieved that their bond is broken, even though it leaves him with a feeling of loss and longing for something he can’t quite put his finger on. Still, he has no intention of finding a new mate since he has a hard time trusting alphas as well as his own nose.

Enter undercover cop Dean, who is on Michael’s case and tries to find out what Cas knows about his true mate’s whereabouts.

The mutual attraction is immediate, but with Cas’ past and Dean’s secrets neither of them have any idea what they’re in for.

((Read it here on ao3))
I’ve read the From Hell series on AO3, I was wondering if anyone else knows any multi-chapter fics like it that deal with Alastair and Dean Winchester’s relationship. Preferably the relationship would be romantic, but I’ll take any type honestly.

( You are about to view content that may only be appropriate for adults. ) 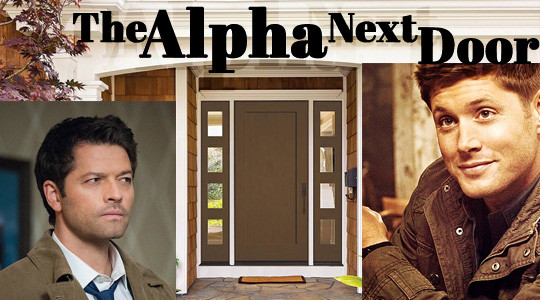 Summary: When Cas is placed in WitSec, he gets a fake secondary gender designation to go along with his new name, ‘Jimmy.’ All he has to do until the boss of the omega trafficking ring he escaped is behind bars is keep a low profile, always apply his alpha scent, and not fall in love with an alpha. Well—two out of three ain’t too bad…

Dean has never had a crush on an alpha before. Along comes his new neighbor, Jimmy, an alpha who is alphasexual. There’s just something about him, and to his utter confusion, he finds himself falling for an alpha for the first time in his life.

A British archaeological show is in Missouri to film the excavation of a massacre. It went weird before they even showed up. Two people seem to know what's going on, but ghosts and possessions have no place in a science show.

Chapter Summary: The final chapter on the dig in the Missouri wilderness. And it was going so well.

A British archaeological show is in Missouri to  film the excavation of a massacre. It went weird before they even showed  up. Two people seem to know what's going on, but ghosts and possessions  have no place in a science show.

Chapter Summary:  After lunch, the site is hot, and the work is slow. Tony’s impatient  for something – anything – to happen, but he didn’t mean something like  the Site Director having a nervous breakdown in the middle of their  shoot.

Story summary: A British archaeological show is  in  Missouri to film the excavation of a massacre. It went weird before   they even showed up. Two people seem to know what's going on, but ghosts   and possessions have no place in a science show.

Chapter Summary:   A middle of the night fire nearly derails what’s turning into a   finds-rich dig. There’s Phil’s flint – keeping him happy. Carenza has a   copper pot – dateable if she can find all of it. And Ian has found a   wagon wheel.

And then the site director mumbles something about needing to prepare for when they find the last set of bones.

It’s enough to make someone believe it when the mysterious “expert” talks about ghosts and possessions.

Chapter Summary: Tony and the Time Team settle in  for a hard dig in a remote Missouri ranch. Geophys results are odd.  There are enough bones to make it a massacre. And the heat is a killer.

The only one who seems happy about it is Phil.

I love Team Team (UK), as geeky and weird as that makes me. I’ve  watched all episodes and specials available on YouTube (some 250  episodes). And I was sitting, (re)watching one with Saxon burials and  thought to myself, "What would these prove-it-to-me archaeologists do if  they ever encountered a ghost on one of their digs?" That led me to  this: 27,000 words of archaeological and filming shortcuts, and John  Winchester being mostly off-screen.

Death in the Wilderness

Summary:  The Time Team travels to northern Missouri to investigate skeletons in  an isolated ranch, but the dig turns strange before they even arrive.  Vandals, theft, mysterious fires, and a possible sacrifice site? What  else will the Time Team dig up? (The official transcript of an unaired  Time Team (UK) episode filmed in 2003).

Summary: On the plane to his brother’s wedding, Dean falls for the scent of a mystery omega who tries to calm him down from a panic attack by letting Dean scent him. After the landing, what are the chances of ever finding said omega again?

Not too bad, as it turns out when Sam introduces him to his old college friend ‘Cas.’